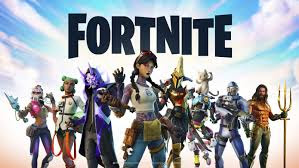 Coming on first we have Fortnite. The best multiplayer game for many gamers out there. It is the 3rd BR game to be released after H1Z1 and PUBG. Fortnite has made world records as the most played game in history. It has a very big community with many streamers and content creators playing it daily. Also, it held big events ingame that made it a fun game to play. 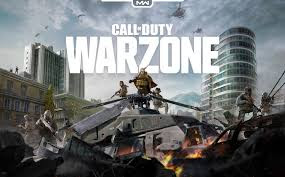 Holding 2nd place we have Call Of Duty Warzone. The game was released few months ago and it had a positive reviews from streamers and Youtubers and they began playing it as soon as it launched. It is well optimized for PC's and consoles and it now has a large community. Many streamers who used to play Fortnite switched to playing it like Nickmercs and Cloakzy. 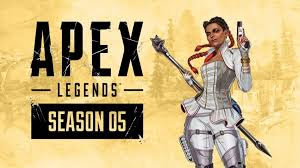 In 3rd place we have Apex Legends. The game was released a year ago and gained an award for The Best Multiplayer Game of 2019 to make it one of the most interesting EA games. Season 5 was recently lauched to bring a new legend "Loba". It will also support cossplay in the near future as mentioned in a previous post.

4th place we have the classic Battle royale game "PUBG". It is a loved game by many players in gaming world. The game is available on almost every platform PS4, Xbox One, PC and also it has a mobile version. So if you like to experience a classic BR game, PUBG is the way to go.

Popular posts from this blog

How to decrease ping in Valorant

June 08, 2020
In this guide, I will tell some tips that might decrease your a ping(latency). As you know high ping in video games can dramatically decrease your performance. In Valorant, players with low ping can have an advantage over high ping players when peaking or usual gun fights because bullets might take more time to actually damage the player. So here is a solution for this problem:

1.Remove PUPs
PUPs is some harmful softwares that might increase your ping and lower overall PC performance, so we will use a software that will remove these PUPs. We will use Adwarecleaner to do that. First go to your browser and visit this link. Download the program and when it opens click Scan. Then after the scan is finished see if detects anything and click Quarantine. Wait until it removes everything then restart your PC.
2.Clear DNS cache
You'll first open Command Prompt by typing cmd in your Windows search bar then run it as an administrator and type ipconfig /flushdns . This can decrease your ping a…
Post a Comment
Read more

June 22, 2020
Assassin's Creed Valhalla is a new Ubisoft game that is planned to be released on December 2020. As it appears in the trailer that the game story is taking place in the Viking's world. Featuring the beauty of the Norwich civilization. Also the name Valhalla is taken from a place where Vikings believed they would go to live with Odin if they where great warriors. The game's graphics in the trailer is actually fabulous and it is said that AC Valhalla will be released with the new Gen consoles to feature a realistic look with the nature of the Vikings.

July 02, 2020
Yesterday, Ubisoft has annonced their new battle royale game"Hyper Scape" and from its release it gained some hype from battle royale lovers from Fortnite, Apex Legends and COD Warzone. It is actually interesting for me as the story of the game is in the future which is pretty cool. It brings some futuristic themes with lots of modern looking weapons and fast gameplay. It may not look very fun for others as it looks so futuristic, but it isn't a problem as you can give it a try when joining the technical test for it. It is also said to work on weaker hardware and on 60 fps which is good news for many. It can also deliver 4k 60 fps experience for high end pc users. The beta test will on 8 July so try it now.
What do you think of this Battle Royale?
Also support me and follow me on Twitter for more news. Thanks